The Dawn of a New Blog

Hello there ladies, gentlemens, internet lurkers-alike; it has been yet another two grueling weeks since my last blog update, and it is time that I take action! As of this day of November 25th, 2007, I am officially changing gears with this blog.

It will now be a multipurpose blog that features...


For the time being, let's deal with the Neptune Young Company Tour side of things; everything has been fine and/or dandy! Last week, we spent a good portion of our time in the South Shore (my home region).


During which, fellow South Shorer, Ms. Gillian Ferrier got to perform at her former High School... 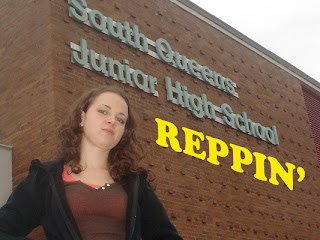 The best labeling of a Recycling bin I have ever laid my eyes on... 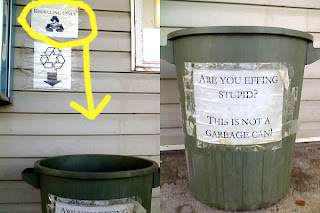 During the week, I had the chance to spend an evening in Lunenburg with the family (Mom, Dad, Niece, cat, dog, etc), and had a lovely visit.

The visit turned out to be a timely one as it was my first time being home in a couple months, and I got to have some intense hangouts with my 16 year old dog CoCo (notice the case sensitive spelling of her name); took her for a walk, played ball, let her lick my face.

On Saturday morning, I recieved a call from my Mother who informed me that she had to put CoCo down. Le fucking sigh. I just wanted to give a shout out to my pup. I will never watch My Dog Skip again. Everybody says it, so I guess I will too: She was the best ever. I love you CoCo... 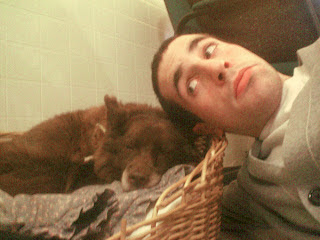 In other news, there's not that much news. We're taking the tour back down to the South Shore tomorrow morning until Friday.

In blog news, expect the first installment of "The Chronicles of Glen Matthews: Building the GlenJMpire" at some point this week.

The installments will catch you up on everything that has lead up to me being the impeccable performer I am today, from backyard wrestling (Ultimate Wrestling Championship), to making my first film (Mugshots).

Myself as my alter-ego, Brocus, the Slovakian Backyard Wrester.

I will teach you how I became the man I am today. Up next, we will start from the beginning, I will take you to the year 1997 when I joined an internet based radio show called "Brew Crew Radio".

Stay tuned, you bastards!
Posted by GlenJM at 3:00 PM 3 comments:

Alright, I know last time, I apologized for not updating the blog in two weeks; well now it's been three weeks since that update. I'm not going to apologize. I'm not. What I am going to do is offer you the equivalent of a back-rub in the form of a kickarse blog update (and yes, a happy ending is included). Three weeks! Holy shit! Man, I really don't know what has happened since the last update, (I really have to cutback on the smack) but I was lucky enough to have a series of photographs to jog my memory... 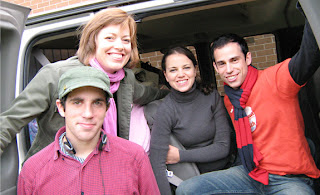 Apparently, the annual holiday of "Halloween" occurred during the past three weeks, sooo, happy halloween?? 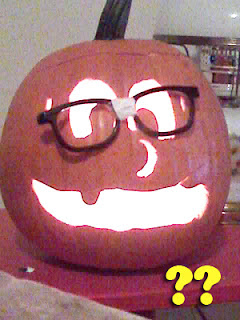 For some odd, inexplicable reason, the town of Glooscap has decided to have a terrifying twenty foot tall replica of an incredibly furious red E.T. Extraterrestrial-esque native Indian greet visitors to their town. 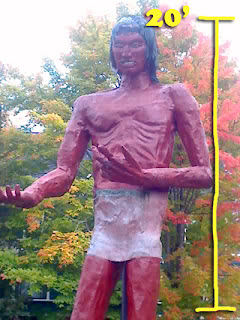 In regards to less-horrifying blogging, we were lucky enough to perform at Mi'kmawey Elementary School (in Chapel Island) where we managed to hangout after the show with the kids... 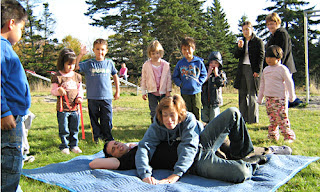 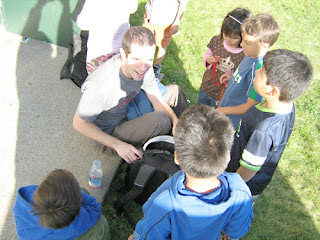 Not one of those little bastards would share their Froot-Rollups!

Another school we visited thought that (according to the paintings on their walls) that Cool Girls have hot pink hair and that black people have yellow eyes (similar to Predator)... 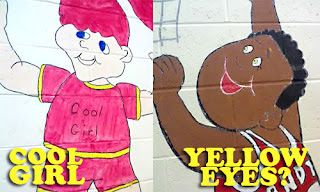 Along our travels, we had the pleasure of spending a week in Cape Breton as we drove the entire Cabot Trail (and managed to fit some work in sometimes)...

The following is the fab four ourselves posing in front of a cliff of the Cape Breton Highlands... 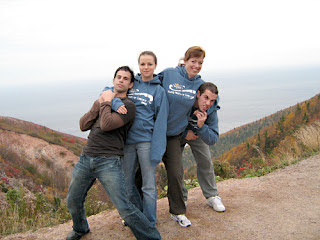 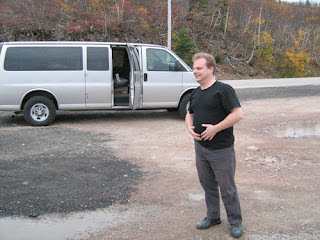 More beauty supplied by the highlands... 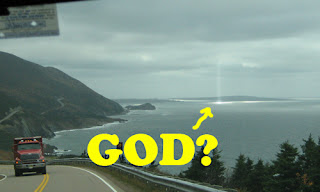 Some quality graffiti created by the students of a high school in CB... 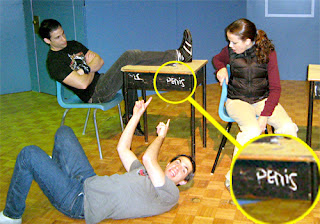 The van getting stuck on the Cape Breton side for a while as a boat passes through the causeway... 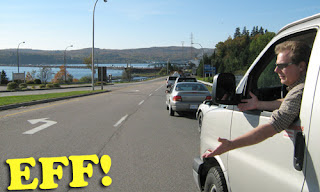 And now, a lovely little note the students from Walter Duggan Elementary School decided to write for us... 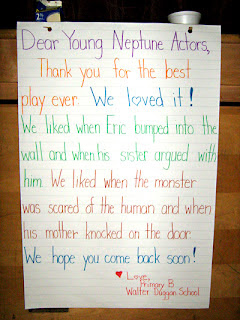 Finally, earlier today I experienced a truly fantastic moment. I finally have made it. No ifs, ands, or butts. 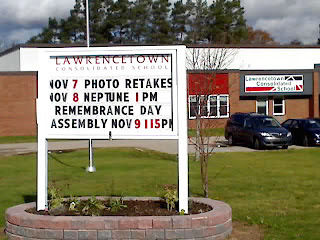 There we were, our names in the lights! Right between "Photo Retakes" and "Remembrance Day"; that right there is two important fucking days!!

Seven weeks down. Six weeks to go! Shizer!
Posted by GlenJM at 5:14 PM No comments: